Although the light bulb has been around for decades, its lifespan seems to be coming to an end. Video movies were a massive hit when they first appeared in the 1980s, but they were eventually superseded by DVDs and now DVDs have been replaced by Blu-rays – and light bulbs are going the same way.

Light bulbs work by passing an electric current through a wire called a filament. The filament ‘burns’, producing light. Eventually the filament will burn out and a light bulb will fail.

An LED works in an entirely different way. The electric current that passes through it causes an electrical device known as a diode to release photons – the same particles that are generated and released by the sun. This causes the LED to glow and produce light. 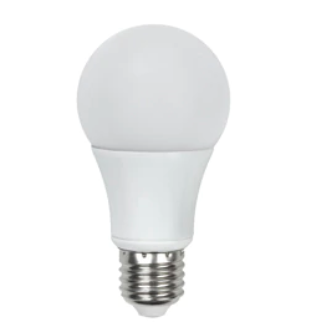 LEDs have two main benefits in comparison to light bulbs. First, they produce the same amount of light as light bulbs but with much less electricity, and second, because they don’t ‘burn’ they last a great deal longer.

If you want to save a great deal of money, then one of the ways you can in regards to your home is by replacing all your light bulbs with their LED equivalents. This can be tough though as it can be difficult to switch from light bulbs to LEDs on a like-for-like basis.

In the ‘light bulb days’ people only really cared about the power input, but that’s because light bulbs are standardized in terms of power and lumens. For example, a 40 watt bulb always gave less light than a 60 watt bulb.

Find Your LED Light Bulb Replacements by Consulting the Information Below

It’s easy to understand that LEDs use a lot less energy than their incandescent counterparts. For example, to gain the same level of illumination as a 25w traditional bulb, the equivalent LED bulb uses roughly one-twelfth of the energy.

This may sound like simplicity in itself, but when it comes to LEDs it is actually easier to think in terms of lumens (light output) rather than power. For example, for most uses you will require an LED that generates around 700 to 800 lumens. For intense light you will want over 1,000 lumens, while for simple illumination purposes under 300 lumens will suffice.

With LEDs you can also choose the color temperature – the type of light that is generated. This could be a cool or neutral white, a warm glow or a yellowish white to replicate the kind of light generated by the sun.

For more information about LED replacements, please contact us here at Superior Lighting by phone at 800-545-7778 or via our online contact form.

×
Quality Lights at a Great Price
We take pride in offering brand name quality products at the best possible price.
Should you require a return please contact us for hassle-free return and full refund.